Originally from Cannes, I discovered music through the self-taught practice of classical instruments, especially that of the piano. Composition and sound creation arrived in 2005, by installing software out of simple curiosity.

For three years, I studied at ESRA, a school providing training in film and sound professions. During these studies, I built the Hoenix entity.

My love for music is evolving, a love that knows no boundaries and brings communities together. I am moving towards melancholic melodies, pure sounds that lead to reflection. Nature becomes a source of inspiration and for weeks I regularly isolate myself in the forest to record nature sounds to use them in my music. I wish to spread love, peace, all over the world on a path that no one has taken.

In 2016, I left the south of France to join the city of lights: Paris. My music is popular on social media, with over a million plays for “Introspection“.

In 2019, after spending 3 years in Paris, I decided to return to my native region and isolate myself in nature to continue my music. I am setting up my production studio in a country house. Now is the perfect time to take my first album “Collapse” to the next level. After 6 months of intensive work, the album is as dark as it is luminous, each of the music accompanies us on a therapeutic and emotional journey.

In 2020, I sign on the prestigious Epic Music World label, with the title “Samsara“, a music inspired by Buddhism, where I play for the first time the duduk (Armenian oboe).

In 2021, after being diagnosed with bipolar (mental disorder), I am having difficulty continuing to play music. Eventually, I managed to compose my second spiritual-inspired second album “Serenity”. I bring together different peoples on the same project: an album to unify them all.

In 2022, I decide to start my third album “Liberty“, I see it as a diary where I share all my truths. In particular, I explain how I cured bipolar disorder without going through chemical treatments. An album to free myself from the fear of judgment and achieve absolute freedom.

A big thank you to my collaborators: 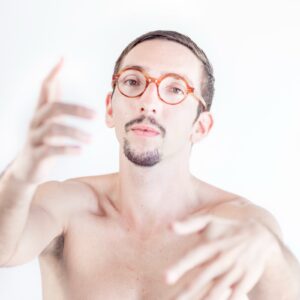 You can support my work in different ways, from a simple message to a donation